In the United States there are currently more than 320 million people, being the third most populated country in the world. Being also the most powerful country, it is not surprising that it is one of the countries where most online commerce occurs.

Craiglist was one of the first (if not the first) web portals where people could advertise goods and services in the United States. Since then, there have been other platforms related to online classified ads or other types of online stores to connect people with different interests.

In this list we show the top 10 most important pages of classified ads in the United States: 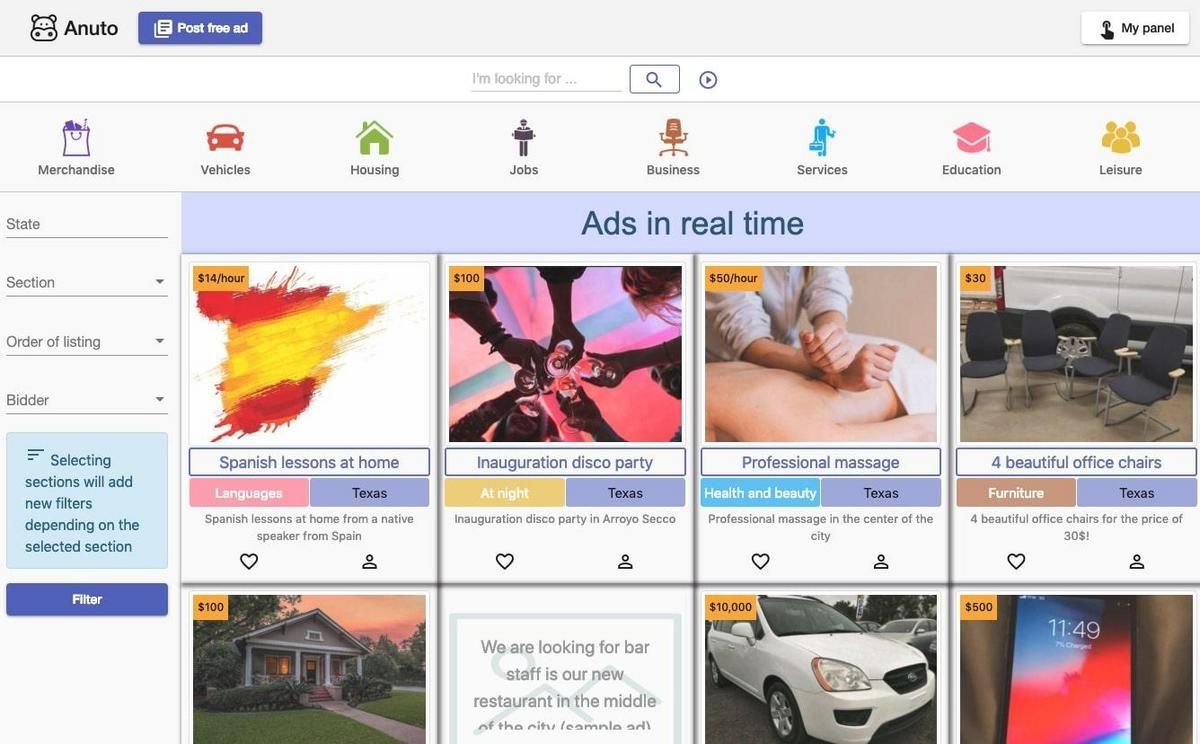 Anuto is a modern free classified ads web application available in several countries worldwide. With a very clear and easy to use user interface, Anuto allows you to post ads free and quickly and be able to renew them for free too. Each user has a portal with their ads and can communicate with other users through chat. 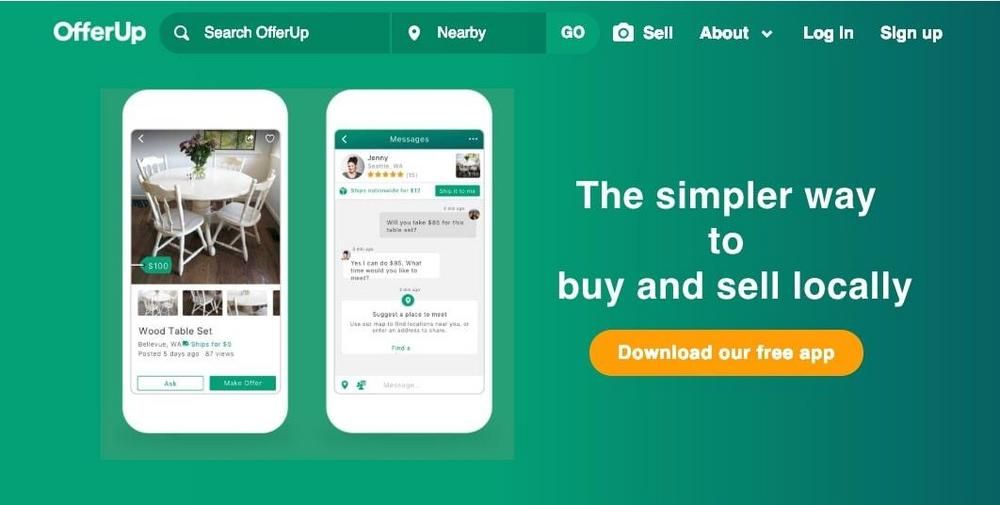 OfferUp is presented as “The simpler way to buy and sell locally”, and is one of the 500 most visited pages in the United States. With a clear interface, it allows filtering the ads easily, and they recently added the possibility of shipping. They have a web and mobile application. 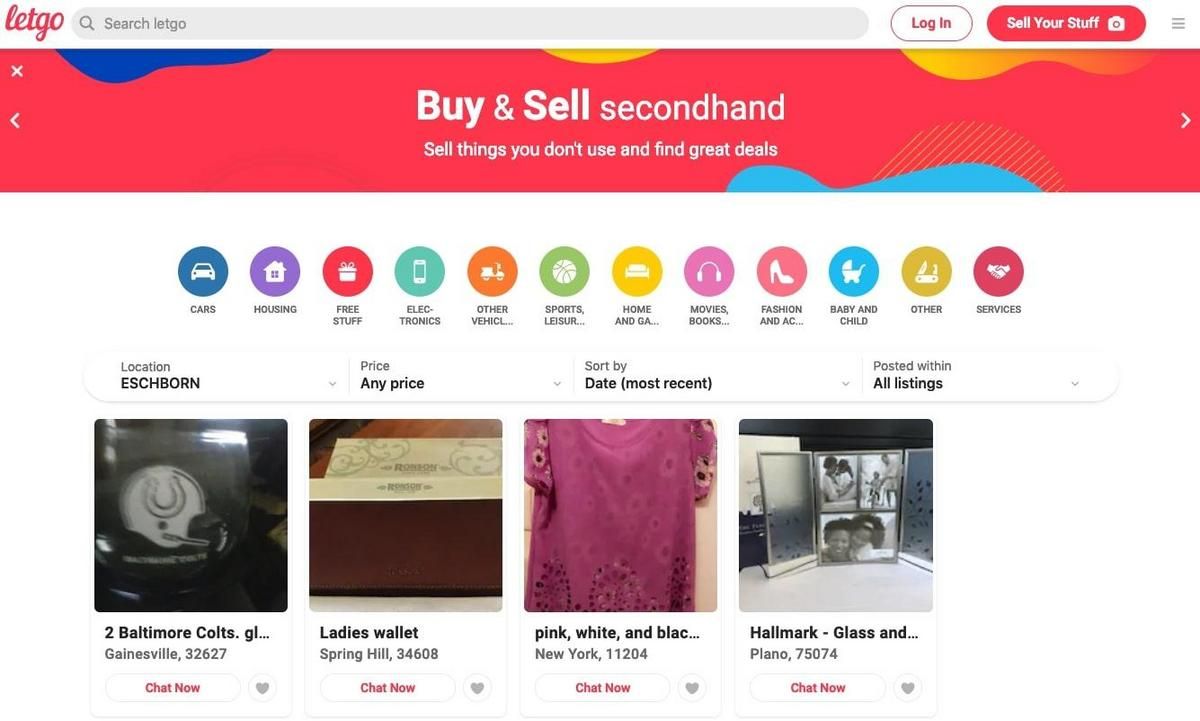 The country where Let Go is most used is in Turkey, but it is a popular mobile and web application in the United States too. They focus mainly on second-hand items, but it is possible to buy, sell and advertise anything. Their filtering options are not very good, but posting something is very quick. 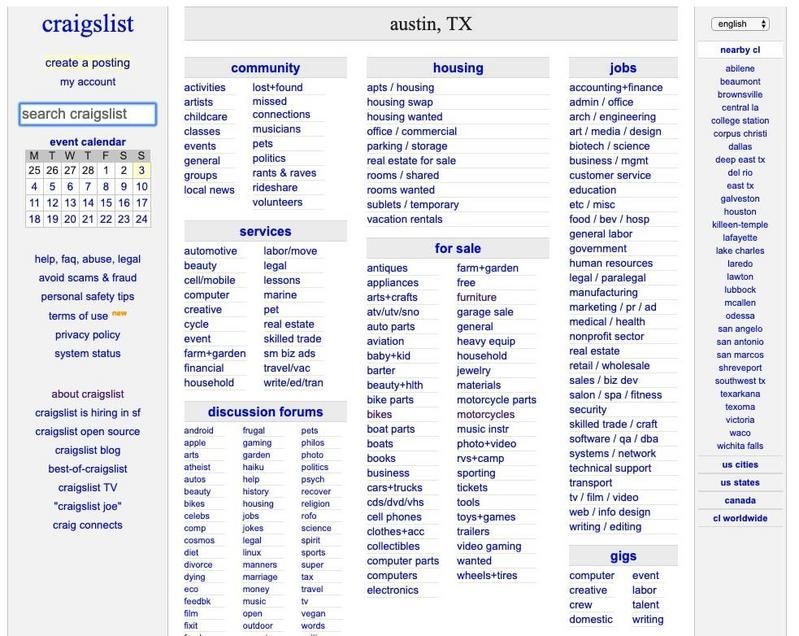 Craiglist is the most known classified ads portal worldwide. It started in the United States but is currently present in almost every country in the world. Its interface is very simple, too maybe, but hence its success. The purpose of connecting people and companies with different interests is done and achieved in the same way from the first day. 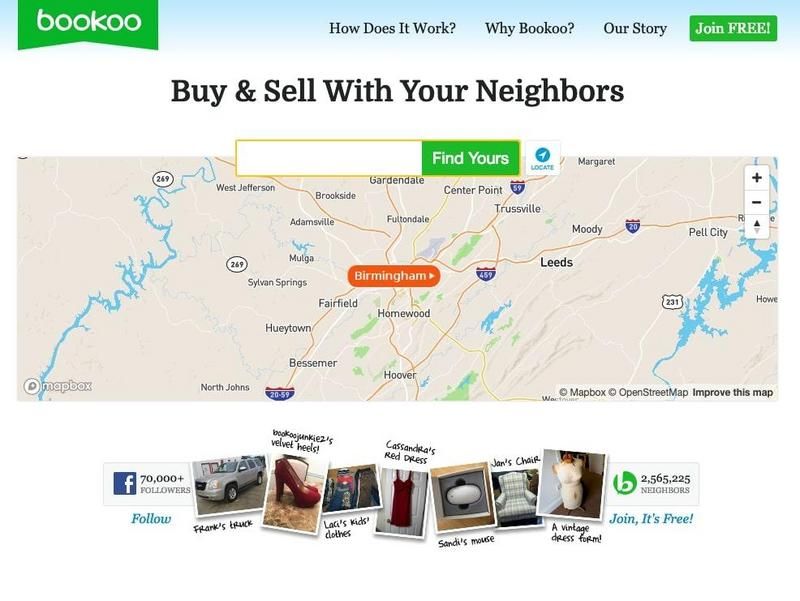 Bookoo is a website more like LetGo and OfferUp, focused on the geolocation of ads to buy and sell to people near you. They get most of their traffic from Japan, but it is also used in other countries like the United States. The curious thing about this platform is that, at least at present, it closes on Sundays:

“Today is Sunday, the new official yard sale addict recovery day. We’re all taking time away from our computers to enjoy the sunshine, life, friends, church, and our families.” 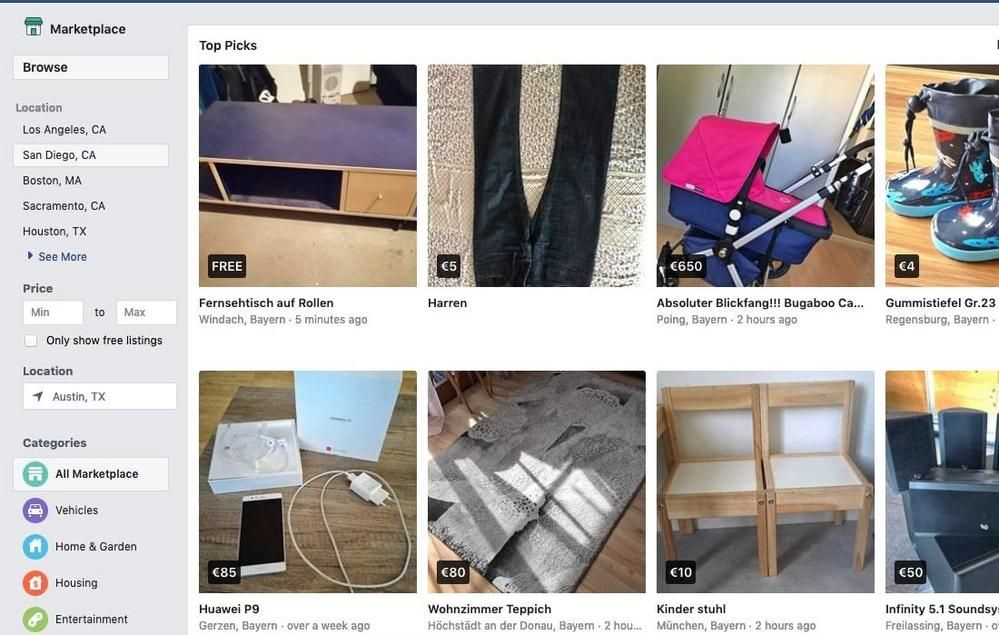 Facebook Marketplace came out in 2016, and it’s a platform from Facebook to buy and sell locally. Their strength, in addition to their technology, is their user base. With millions of users using their social network service worldwide, it was not difficult to get many to use this platform. 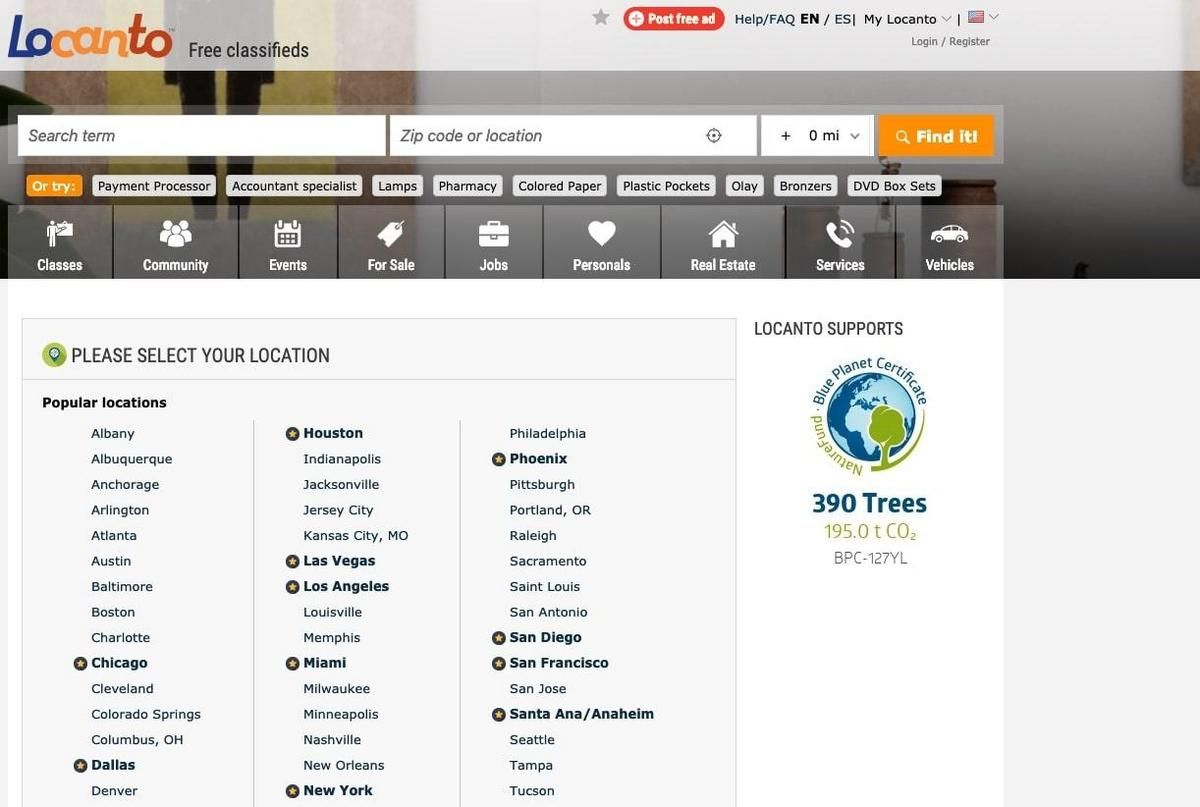 Locanto is a business group dedicated exclusively to online classifieds. The United States is one of the countries in which it operates, and although it does not have as much traffic as the previous ones, it is a good place to buy and sell online. It’s free and quick to post an add.

Hoobly is a very simple portal to be able to post anything. Its concept and interface are more similar to Craiglist than to other modern geolocalized buy and sell applications. It is very quick to publish an ad and totally free. 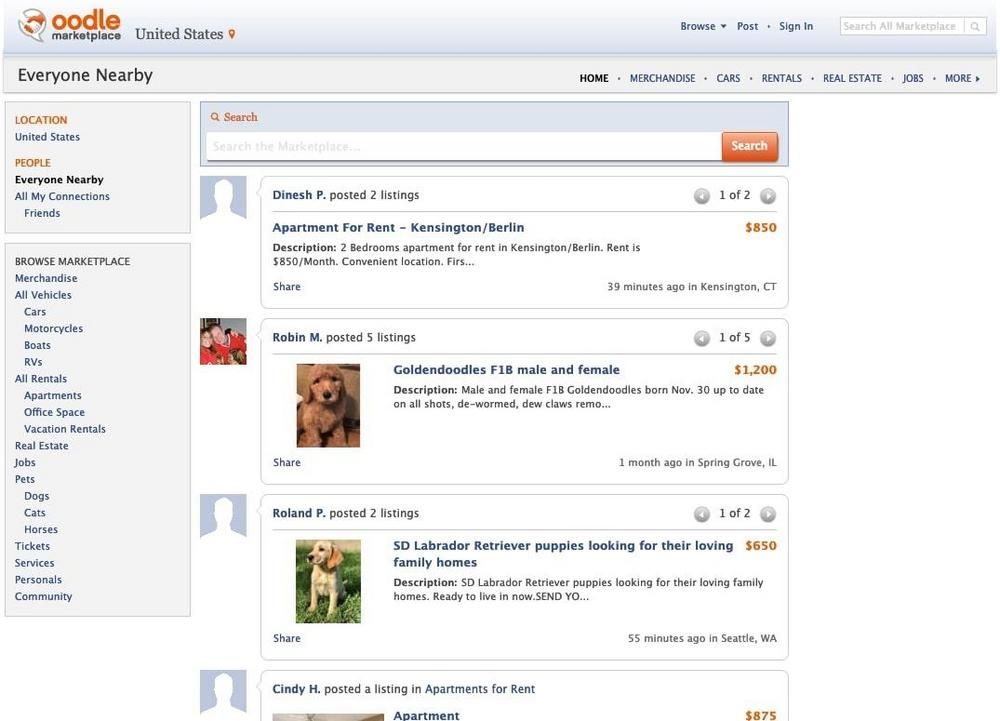 With an interface similar to a Facebook board, Oodle is another website where you can buy and sell online completely free of charge. It is not a particularly fast site but it is one more option to be able to promote any object or service on the internet. 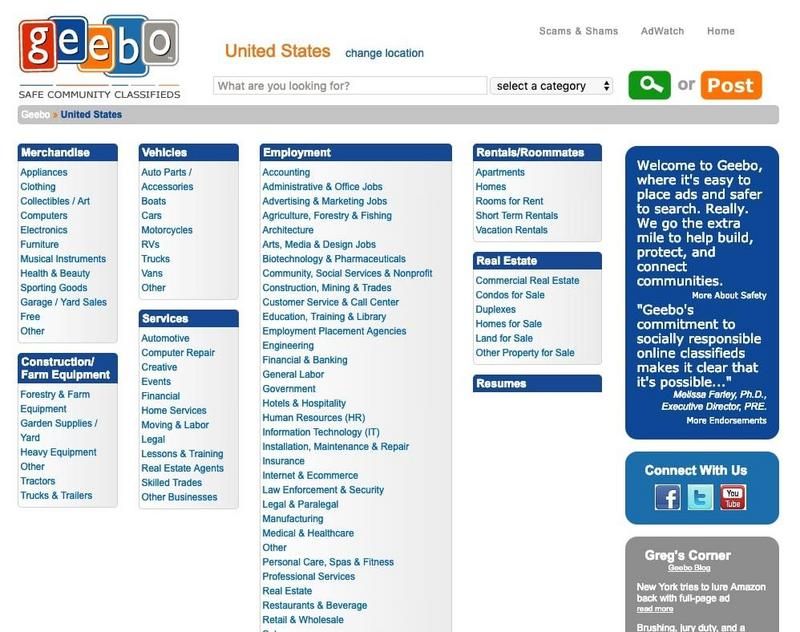 And the last one on the list is Geebo, another very simple portal where you can post ads for free. There is nothing characteristic or special about this one, but the list had to be completed and it is still another option!